How to Use Blockchain in the Healthcare Sector

For the past few years, talk around blockchain has made a lot of fuss. It has been implemented in such industries as finance & banking, retail & logistics and in the governmental sector. Such a huge interest in the blockchain technology was even compared to the dot-com boom in the early 2000s. This is happening because blockchain meets the needs of each and every company, industry, and sector. The healthcare industry is not an exception.

As with any process, the most difficult subjects should be dealt with first—for example, data fraud detection and prevention. Blockchain network could store medical prescriptions for medicine containing drug precursors and automatically cancel them if the medicine is dispensed.

Blockchain is suitable while working with distributed databases for storing medical trials results and sharing data between medical centers and insurance companies. Blockchain technology would also be helpful to control operational life of medical tools and appliances. It would be possible to store data about the medical appliances and track if required standards were being met and processes fulfilled. It would be intended to avoid random and malign use of appliances.

The role of health information technology is to create a common information space to improve the quality and speed of healthcare decision making. This makes the relevancy of blockchain more visible. It could be used in healthcare and management processes to achieve and maintain solidarity between the participants. 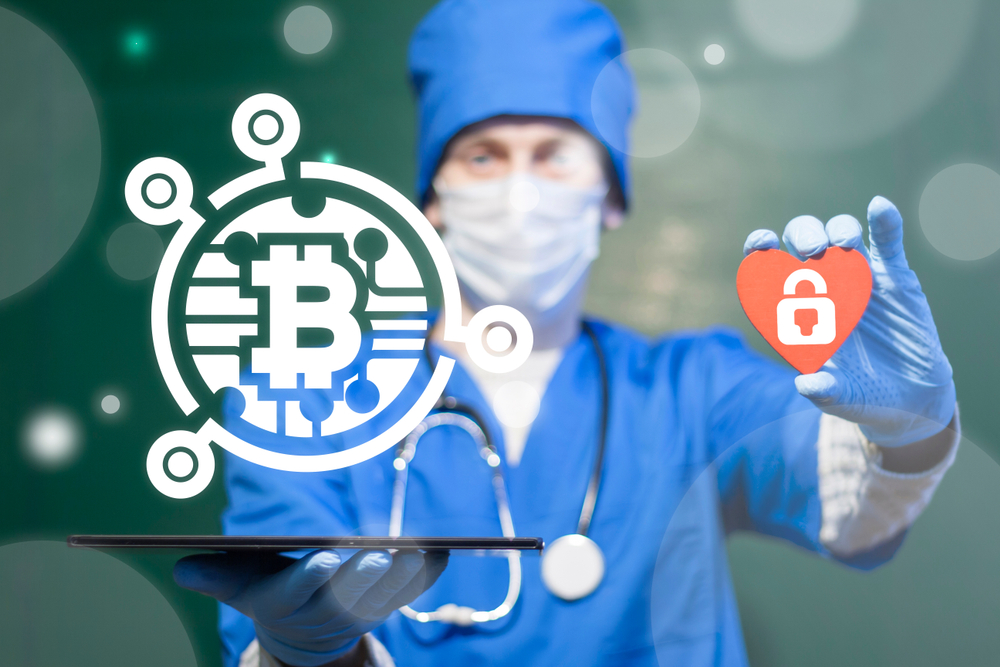 How to Use Blockchain in the Healthcare Sector

Therefore, it’s reasonable to use blockchain in the following healthcare processes:

It is absolutely relevant to the waiting lists for organ transplantation or clinical trials of new medicine or technology. This process requires strict management of cross waiting lists according to the rules defined between the parties. For example, during trials of antitumor treatment, it is important to use them for the specific types of tumor and avoid human factor. Obviously, the final decision is made by a doctor but the preliminary lists (pairs “person-medicine”) should be generated automatically without human participation based on the rules defined between the parties in advance.

Organ transplantation process is more complicated due to a big amount of regulatory acts. But in general, the same scheme could be applied: a process with many participants managed by the rules defined in advance.

There’s an urgent need for such a solution in Europe today, and blockchain seems to be a great option. So to speak, a Portugal tourist gets sick while staying in Norway and is admitted to a hospital. How would they be able to get the medical records from Portugal? Everything is different in different countries: from information privacy laws to hospital information systems and data formats used. The situation could become more complicated if the patient is in grave condition where every minute counts.

In this case, blockchain could simplify the situation and improve process efficiency through being a common integration channel to data access and transition according to the defined rules.

Hypothetically, a Norwegian doctor wouldn’t have to set up a VPN connection with the Portugal medical center if there was a smart contract (a code with behavioural logic of a process participants). Having got the ID of a patient and doctor the smart contract would direct them to the storage where the needed data was kept. In this situation, the aim would be to create a common pool of rules defining data access and possible updating of the systems used without global rebuilding of the whole IT architecture.

With mastering treatment methodologies and upgrading medical hardware, the following tendency has been crystallized: to minimize the time of staying at hospital and involve local specialists and patient’s relatives in the treatment and rehabilitation process. Here the process becomes complicated with participants with different information technology knowledge levels. Thanks to blockchain, the strict following of a treatment plan would be provided and the actions sequence would be guaranteed.

Experts state that in theory, zero-knowledge proof algorithms could verify data without sharing it. But, anyway, personal data should be stored outside blockchain.

It’s essential to analyze risks and threats in every particular case. Implementation of this or that technology doesn’t pose a threat itself but an incorrectly planned process could cause many problems.

Blockchain implementation in the healthcare sector doesn’t deal with cryptocurrency or a distributed data ledger. It is likely to use blockchain in healthcare to improve the efficiency of complicated processes with defined rules between many participants.

The implementation of blockchain technology could be extremely efficient as an instrument regulating relations between the participants with different levels of organizational and technology development.