How to Build a Blockchain Online Voting System and Who Requires It?

The development of blockchain technology allowed solving one of the main tasks of the modern society in any state – implementation of a fair online voting system. As it turns out, not only state institutions but also businesses need such systems. Corporations and companies are interested in making managerial decisions remotely and honestly, voting for the distribution of profits and determining the need for investment. 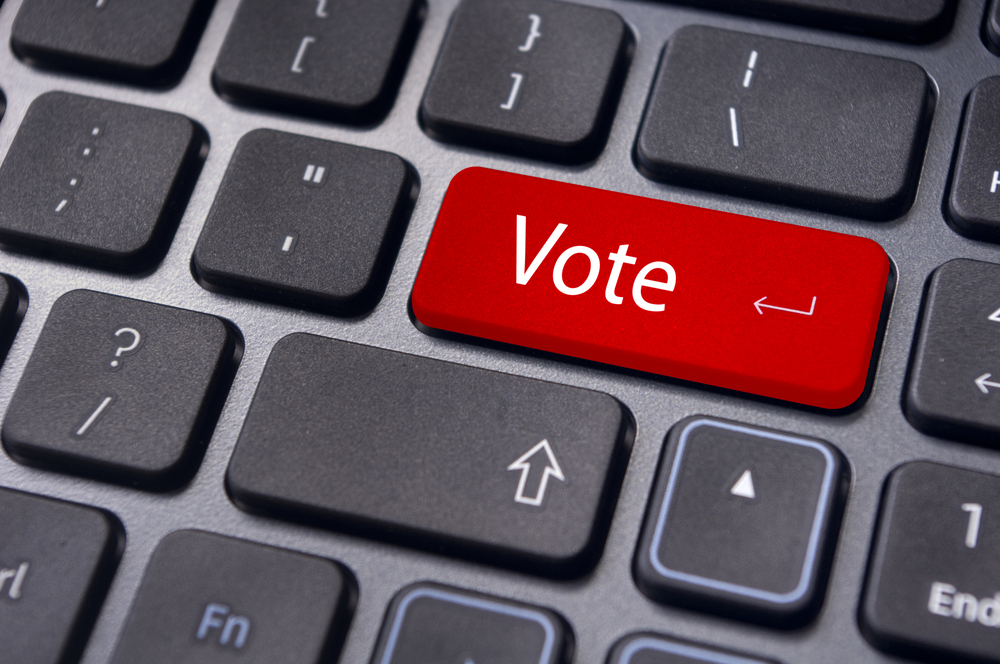 Online voting systems have many application options. The most obvious use case is state elections. In fact, political aspect is not the main one, although quite important. Online elections look logical in the education system, joint property management, and even social research.

The popular paper system for collecting and counting votes, widely used in the early digital era, does not meet expectations of the modern society. For example, to take a simple vote of residents, a managing organization needs to spend time and money on printing paper sheets, collecting and processing them. Online voting is the quickest and most affordable way to take into account each person’s opinion.

The service is also relevant for businesses where online voting promises to bring a new management style, simple and most transparent. Moreover, taking into account the fact that entrepreneurship in the IT industry is becoming more and more international, company owners need to find new ways to make equal decisions.

Electronic voting machine (also know as EVM) has been operating in India for a long time. For the first time, EVM was applied in the Kerala constituency in 1982. The machine helps voters select candidates for the Parliament and the State Legislature. 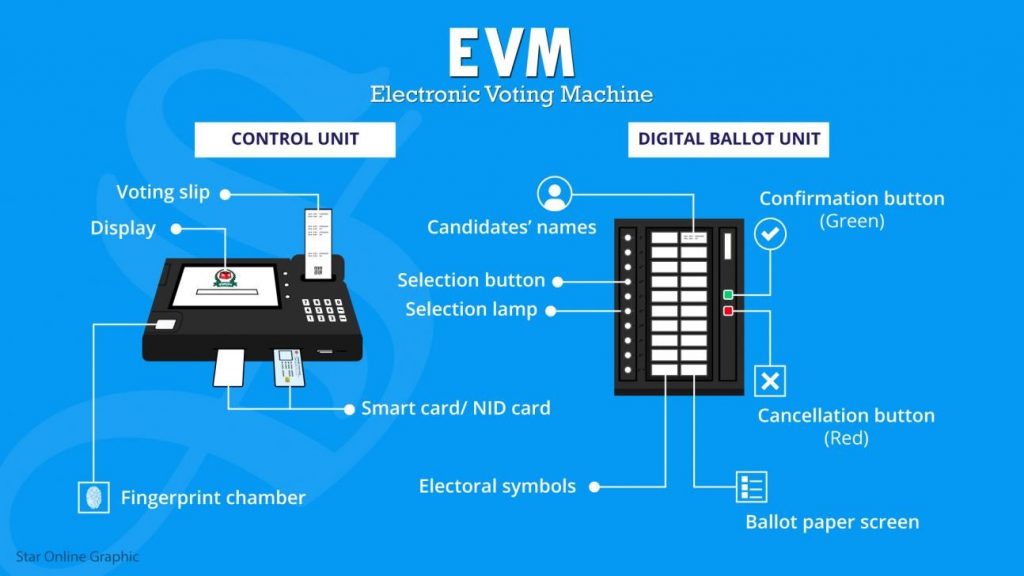 EVM consists of two units: a control unit and balloting unit that are connected by a cable. The presiding officer has the EVM control unit. And the balloting unit is kept in the voting office so that people can cast their votes. This is done to ensure that an employee of the election commission can verify the voter’s identity.

Instead of issuing a ballot paper, the election official presses the ballot button, which allows voters to cast their vote. A list of candidate names corresponds to the buttons on the machine. Voters needs to press the button next to the candidate’s name they want to vote for.

At the Microsoft Build conference in the US, CEO Satya Nadella announced ElectionGuard, a free open source software development kit (SDK). According to the Head of the American software corporation, the app makes voting safe, affordable and more effective wherever it is used in the United States or in democratic countries around the world.

The solution was developed with the assistance of Galois and is available to election commission employees and electoral technology providers who can integrate this technology into voting systems.

Among the advantages of an electronic system are the ability to conduct end-to-end election verification, open results to third-party organizations for safe verification and the existence of a system that allows individual voters to confirm that their votes are correctly counted.

The system provides each voter with a tracker having a unique code that can be used to monitor the encrypted version of the ballot throughout the election process via the election web portal.

Another online voting system was developed by Galois, an Oregon-based company. It uses an open source software for voting, which is completely different from other developments. Indeed, the vast majority of electronic voting platforms are based on proprietary software that no one outside voting laboratories can verify.

The Oregon development is built on secure, open source hardware and designed to create fully verifiable and transparent results.

According to Dmitry Parshin, Head of Artezio Development Center, systems providing electronic voting services vary significantly. They can use homomorphic encryption, the essence of which is that it is possible to perform data operations in an encrypted form. For example, a voter needs to choose one of two answer options, which are numbered 0 and 1, respectively. So the user encrypts his vote (0 or 1) and sends it to the system, after which the system adds all votes in an encrypted form and decrypts them, receiving the total amount – the number of people who voted for number 1. In this case, only the end result is known, and not who voted and how.

Another approach is to use anonymization tools ensuring that the given voter is eligible to cast a ballot. Thus, the voter is given some means with which they can enter the system and vote. In the traditional scheme, this is a ballot paper, and in electronic voting, it may be a digital signature from the organizer. “Then data is displayed in the system anonymously. By the way, in the traditional scheme, the ballot paper is mixed with the rest ones, and in the electronic scheme, technologies such as Identity Mixer are used. The tools to ensure this are a blind signature, zero-knowledge proof, and other cryptographic techniques,” comments Dmitry Parshin.

To provide transparent results, various cryptographic protocols are used. They make sure that voters really have the right to vote, that their votes are not tampered, they do not vote twice and that after the balloting there is no evidence of their choice. “In this case, public key certificates and signatures, zero-knowledge proof, and homomorphic encryption are used. These cryptographic techniques can be considered reliable, since scientific publications that mathematically proved their correctness have been tested by the community. And these technologies have been used in large projects for several years already,” notes the expert.

What problems may occur?

Of course, no electronic system can guarantee election integrity without human participation, even with the use of blockchain technology. Experts believe that in order to increase credibility in elections, independent observers are required to monitor the process and record possible violations.

In blockchain, the transaction correctness (for example, the voice uniqueness) is validated based on the consensus between various network participants. In other words, independent observers need to be one of the parties that participates in this consensus, that is, keep several validating nodes.

However, in most cases, the number of nodes owned by the election organizer will be greater than the number of independent nodes. In this case, experts say, a “51% attack” can take place when someone who controls over a half of resources can arbitrarily change data. However, this problem does not occur for all electronic voting systems.

Who is the customer?

Electronic voting systems are being developed not only in the USA and Europe, but in other countries as well.

However, while the state is the customer of such solutions, it is in no hurry to put them into practice.

Government bodies need time to go digital. After all, it’s hard to change established processes that have been adjusted for years. On the other hand, the “honesty” of electronic voting systems is either in doubt or not always in demand.